Want to find out how to enjoy what you do and live your dreams before it’s too late? 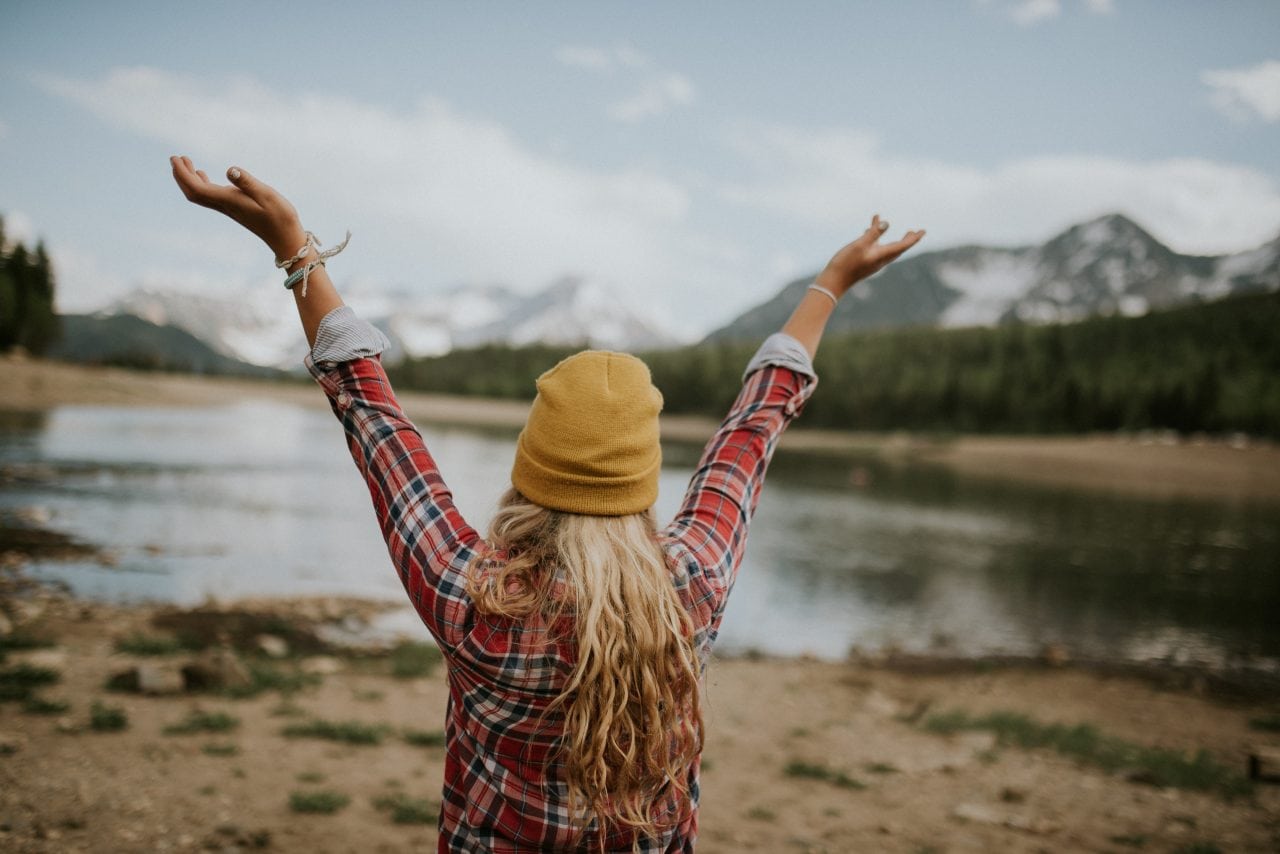 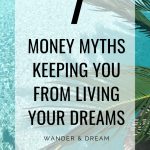 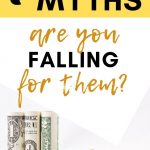 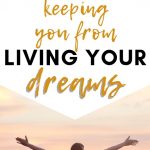 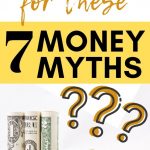 Some of the links below are affiliate links. I may earn a small commission to fund my coffee drinking habit if you use these links to make a purchase. You won’t be charged extra, and you’ll keep me supplied in caffeine. It’s a win for everyone!

Money is a tricky subject.

Many of us are reluctant to talk about it, and that can create a lot of misinformation which makes financial matters feel confusing.

So let’s take a look at seven common money myths that you need to quit believing right now so that you can start your journey to financial freedom.

Money Myth #1
I’ve got plenty of time, I can save later

It’s tempting to put off saving. I get it.

You can think about saving tomorrow, or next week or next month…

After all, it’s so much easier to focus on what you need right now and deal with the future later!

But the truth is, by saving right now you’re laying some solid groundwork for your financial freedom.

And the earlier you start saving the more benefits you’ll see thanks to compounding interest, which basically means that you earn interest on top of interest.

If you’re anything like me, you tell yourself that whatever’s left at the end of the month will go into savings. The trouble is, by the time you get there it’s almost all gone.

To avoid this, set up a regular deposit into a savings account as soon as you’re paid. 10% of your income is a pretty good number. You’ll be surprised how quickly you can adjust to living within the remaining 90%.

But you don’t need to be putting away huge amounts. Even small amounts every month can make a real difference in the the long term. And loads of savings accounts can be opened with as little as £1.

Don’t think of saving as being a sacrifice that you’re making – you’re literally paying your future self.

While it’s always good to be able to settle a bill in full, some credit cards can give you cashback or rewards for using them.

And in some circumstances using a credit card can also give you added protection. (as long as you can still pay off the balance each month and avoid those interest charges!)

In the UK, if you pay for something that costs between £100 and £30,000 on a credit card you benefit from free legal protection if anything goes wrong with the purchase. It’s all thanks to Section 75 of the Consumer Credit Act.

So if the retailer goes bust or ghosts, if the goods never arrive, or if they’re just plain faulty, you could still get your money back by going through your credit card company.

It’s doesn’t cost you a thing, and you don’t even need to put the full amount on your credit card – paying for even a fraction of the total on credit will give you the protection.

There are a few caveats though, so click here for more information.

Buying on credit isn’t a sustainable way to live, but if you can afford it to clear the balance in full then it can give you some great free protection.

MONEY MYTH #3
I don’t need to budget, I know what i’m spending

Are you mentally tracking your spending?

Then at best you’re missing out on opportunities for financial goal setting. At worst you’re risking overspending and not even knowing until it’s too late.

Even if you are tracking your spending on paper, that’s reactive – you’re looking at your past spending. What about your financial goals?

And do you really know what you’re spending? The odd coffee, a magazine, that Kindle Daily Deal addiction… all those impulse purchases add up.

A budget will help you to spot those bad healthy spending habits and refocus on hitting those financial goals.

The truth is, spending without a plan is risky business.

Make a budget and stick to it.

It doesn’t have to be difficult and you don’t need to micromanage every penny.

But do you need to track what is coming in and where it’s all going so that you’re not spending what you don’t have, and so that you can work towards those long term goals.

And it doesn’t have to be boring and rigid – you can still have the odd impulse buy! Just make sure it’s built into your budget.

Try creating a pocket money jar for those impulse buys, and know that once it’s gone it’s gone (until the next month). You’ll be surprised by how much this will focus your spending and make you really think about whether you really want or need something.

Life is full of unexpected surprises, and they’re not always good ones.

If you lose your job and are left without an income, or if you have a big unexpected expense, do you really want to go into that situation by building up debt on a credit card?

Sure, credit cards are a quick and easy fix. But they have long lasting consequences.

Because if you can’t afford to pay it all back in full at the end of the month (which you probably can’t if you’re putting on a credit card in the first place) then you’re going to be charged interest. That’s going to be another monthly expense you’re going to have to pay back once you’re back on your feet. And you’ll be even more vulnerable to the next unexpected expense.

So what can you do instead?

Having your own savings gives you a safety net that you’re in control of. It’s gives you some financial breathing room. And it makes it so much easier to get back on your feet.

So plan for what you can, and do damage control for the rest.

Aim for at least 3-6 months of basic living expenses, although 6 months to 1 year would be even better.

And keeping it separate from your regular current account is key. It’ll help remove the temptation to dip into that emergency fund. And trust me, you will be tempted!

MONEY MYTH #5
I don’t earn enough to save anything

When money is tight saving is the last thing on your mind.

And if you have debts then focus on paying them off first – your wealth can’t grow if you ignore your debt.

But if you’re debt free then get into the habit of saving now.

Even if you’re only able to put a small amount aside you’d be surprised how quickly they can all add up.

Spend after you save.

Make sure you pay yourself first, no matter how small.

Remember, this is a marathon, not a sprint. Just save what you can and gradually increase it when you’re able to.

It’s been a tough week at work and you feel like you need a treat, so you swing by your favourite store and indulge in a bit of retail therapy. You don’t quite have enough in your account, but that’s ok, you can stick it on the credit card. After all, you deserve it!

It’s so easy to rationalise your spending, especially when you’re feeling fed up.

But this mindset is a slippery slope. If you’re regularly spending without a plan then it’s easy to spend more than you have. Before you know it you’ll be facing a credit card bill and an empty bank balance at the end of the month. That shopper’s thrill doesn’t seem so worth it now, does it?

That’s why it’s important to build a budget. It’s ok to spend to spend on yourself, but make sure that you can afford your treats and account for them in your budget.

Any of that sound familiar?

If so, you’re battling a scarcity mindset.

What is a scarcity mindset?

A scarcity mindset is the belief that money is limited, and the amount you earn is finite.

If you believe this there’ll always be a lingering fear that there isn’t any more money coming, or that you won’t be able to make more. And that can cause you to cling to what you have out of the fear of losing it.

And when this happens your thoughts and decisions come from a place of lack instead of growth and abundance.

So how does this hold you back from achieving your financial goals?

The fear of losing what you have can leave you too scared to make a change and take action. Because if you’re so focused on holding onto what you have, you’re not looking out for new opportunities.

What you believe has a direct influence on what you do, but that doesn’t mean that you’re stuck with a negative money mindset.

Read on for some tips to shift your scarcity mindset to one of abundance.

The first step is always the hardest, but until you can recognise your limiting beliefs around money and wealth you can’t change and move past them.

But once you can start to notice them you can flip the script and start focusing on opportunities instead of obstacles.

So, instead of thinking things like “I can’t afford that” start asking yourself “how can I afford it?”

Focus on what really matters to you

To pay off all your debts? Become financially free? Have a million pounds in your bank account?

Take some time to figure out what it is that you want to achieve. Then write it down.

Now that you know where you’re going you can focus on a plan for how you’re going to get there. Break that plan down into small, actionable goals, and start working through them one at a time.

It sounds simple, but being clear on your end point and having smaller goals to signpost your way there can really help you to build momentum and achieve those results.

Spend a few minutes each day focusing on five things that you’re grateful for.

I like to build this into my evening bullet journal reflection, but you could start a dedicated gratitude journal.

Don’t be afraid to include the little things, like sitting in the sun on your lunch break, or your partner doing the washing up.

It might sound a bit woowoo, but studies show that a regular habit of appreciating what you have right now is one of the key things you can do to turn those potentially negative aspects of your life into positive ones.

Gratitude can even help you be more patient, which could be really useful when it comes to making financial decisions.

So instead of pulling out the credit card to buy something right now, you might be more likely to save up for it. Or feel less inclined to splurge on impulse shopping.

Or maybe you start to see the benefits of investing your money for higher returns later on instead of keeping it all in easy access accounts.

There’s a well known Oprah quote that sums it up quite well:

Be thankful for what you have; you’ll end up having more. If you concentrate on what you don’t have, you’ll never, ever have enough!

PIN IT FOR LATER!

Which of these money myths have been holding you back? 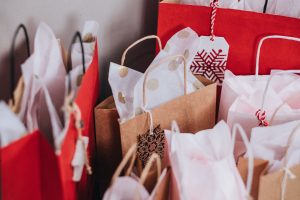 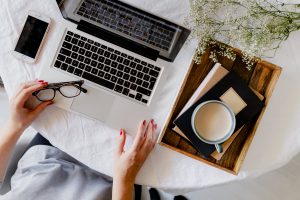 How to start a successful blog in three easy steps 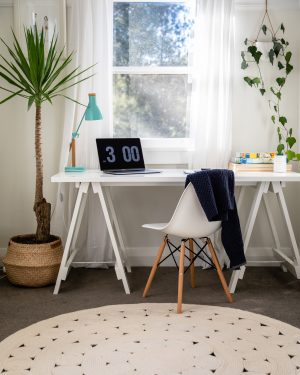 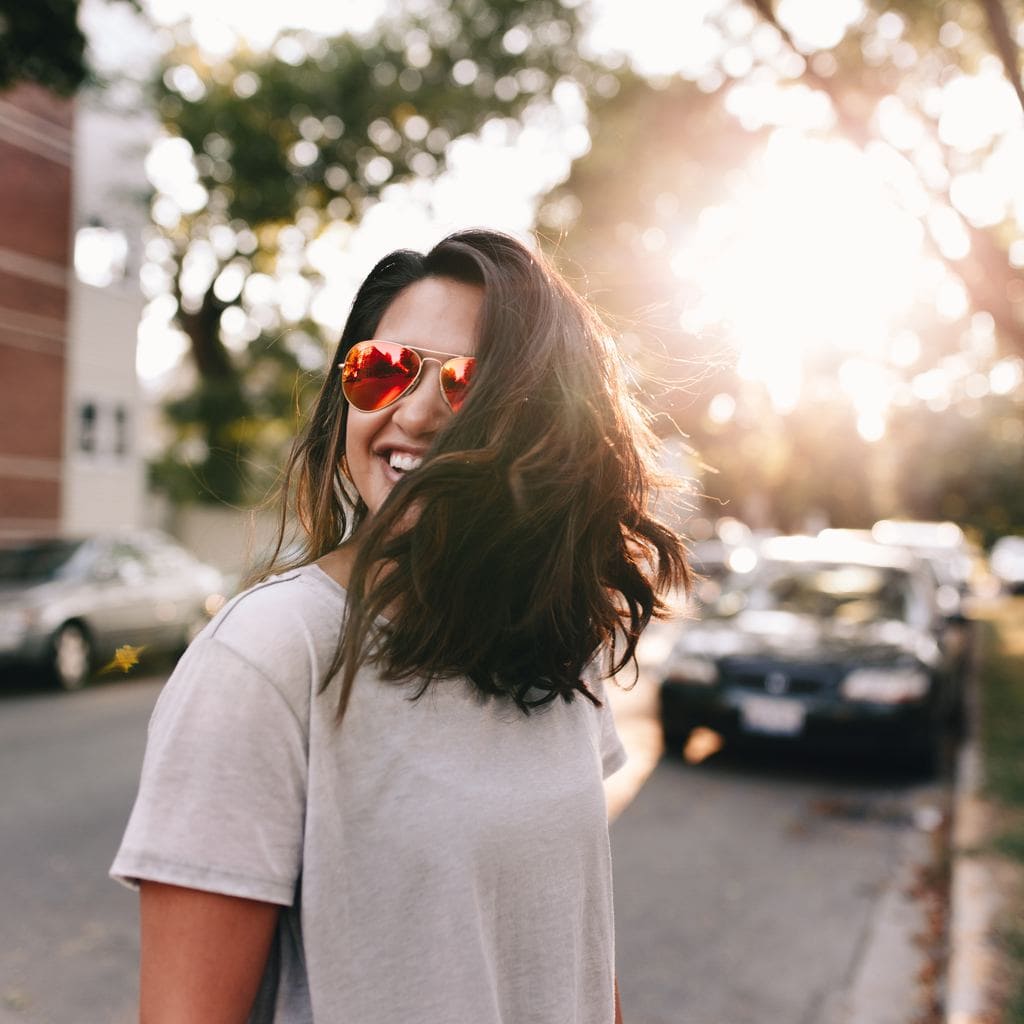 Welcome to Wander & Dream!
I want to help you to change your relationship with money so you can create a life you don't need a holiday from.
Find out more

Want to find out how to enjoy what you do and live your dreams before it’s too late? 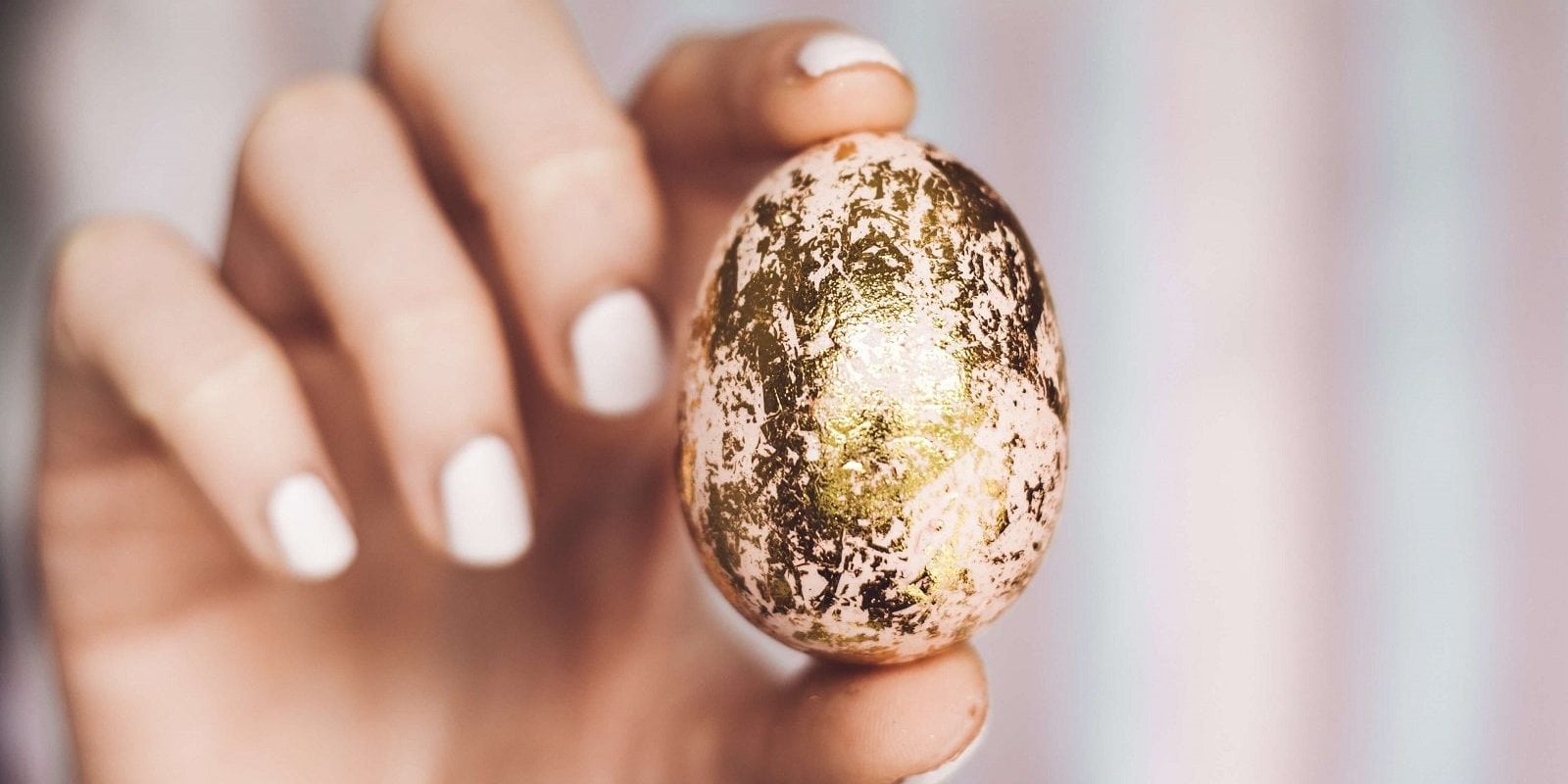 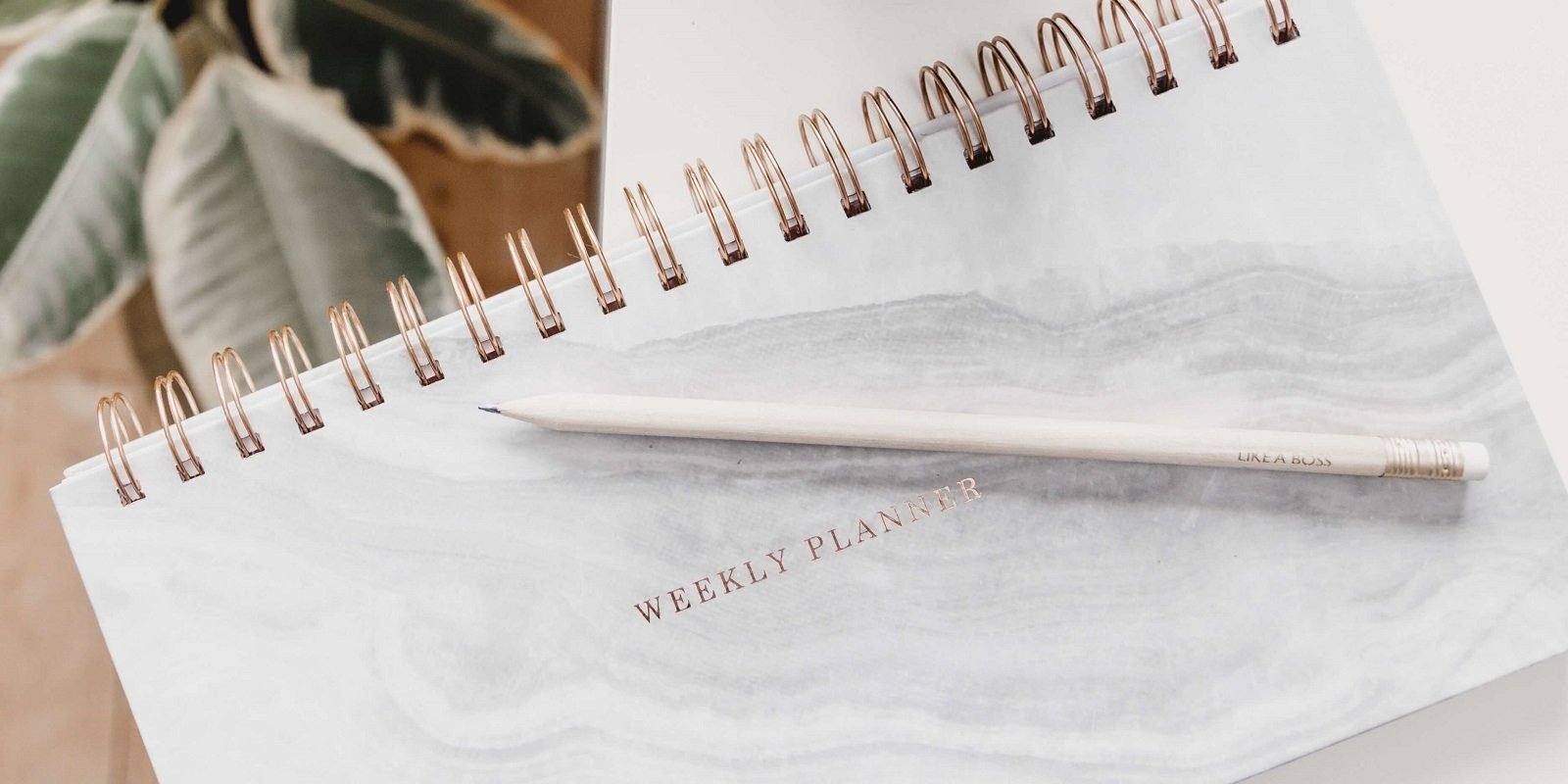 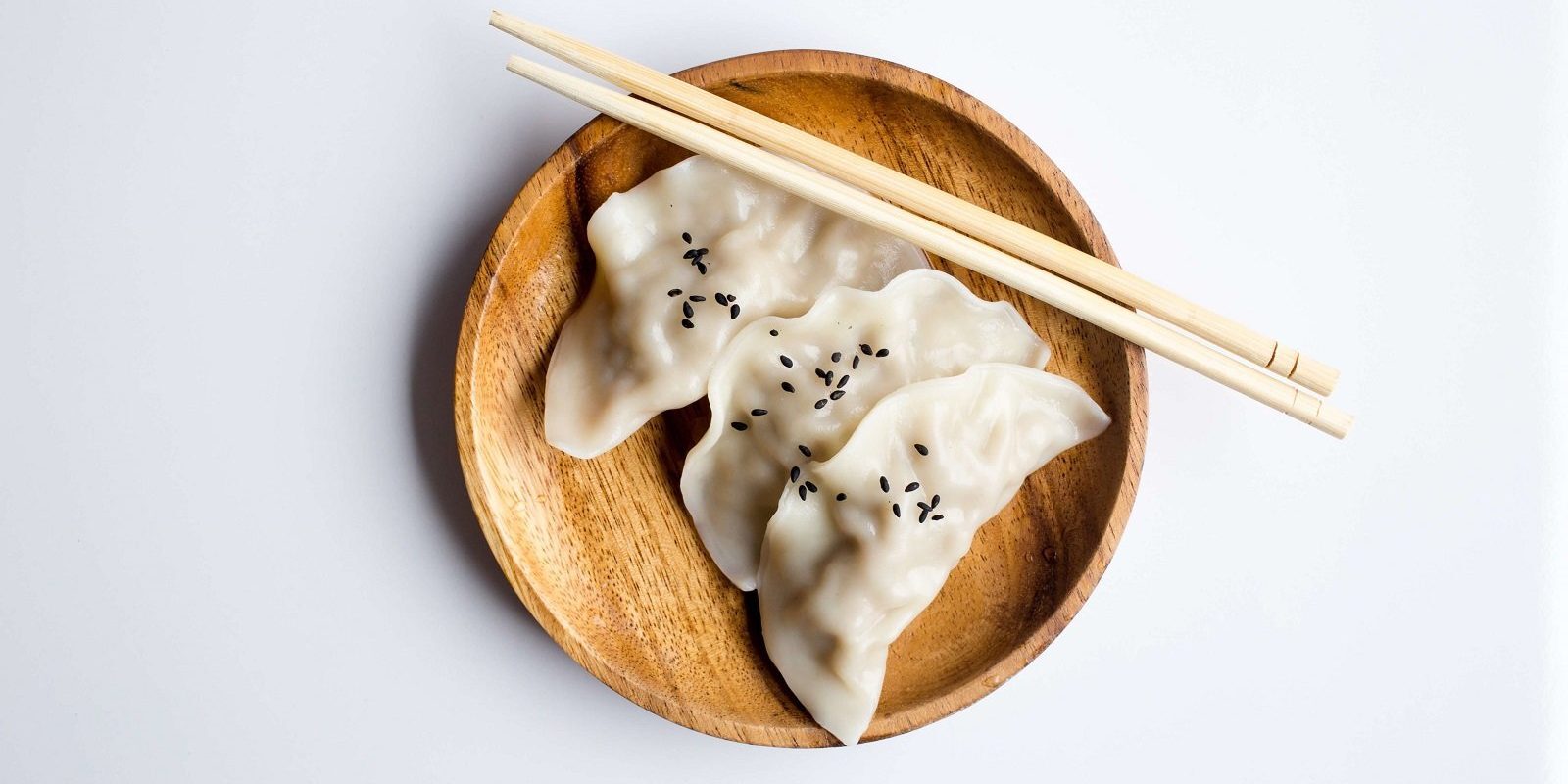